What if video games would create new worlds for their players as well as change our view of the world we live in? This article elaborates on how Google and Ubisoft helped geologists to decipher hieroglyphs from ancient Egypt with The Hieroglyphics Initiative.

In Assassin's Creed Origins, Ubisoft is taking players to the time of Cleopatra's Egypt. While working on the game with a geologist, Ubisoft realized how difficult it is to unlock the secrets of that time. Hieroglyphic inscriptions, three to four thousand years old, have often weathered over time. As a result, many have missing or damaged portions.

New technology has a massive impact on numerous academic disciplines. In the field of humanities, it has given birth to a new field of studies: digital humanities. Yet, at the same time, in the last 200 years after the discovery of the Rosetta Stone, the translation process for hieroglyphs has remained almost the same. This means, in order to solve the numerous ancient mysteries still remaining, the field of Egyptology requires innovative digital research instruments. We believe that machine learning has the power to transform the process of gathering, cataloging, and understanding the language of the Pharaohs. 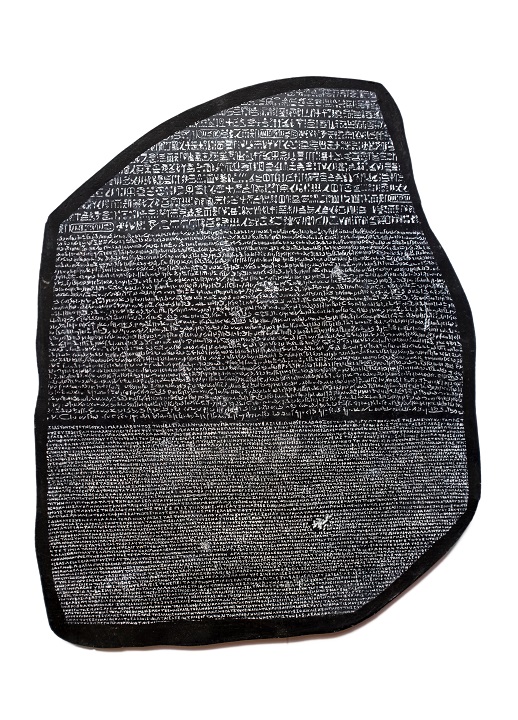 “We also wanted to contribute something back, and that was how the idea for The Hieroglyphics Initiative came about.”

The Lack of Data

Before Ubisoft could start training the machine learning models to recognize hieroglyphics, they had to find a way to collect enough data. This was also the biggest challenge for the project, as there was no centralized digital repository of information on hieroglyphs. Instead, they found that nearly all translations are in analog sources like books and research papers. Fortunately, the solution was to engage the gaming community.

Using the power of the gaming community

To train the models to recognize glyphs, Ubisoft needed to find a way to extract enough examples. At least 50 examples of each sign are required for a machine learning model to recognize more than 850 glyphs. In September 2017, we at Google launched The Hieroglyph Initiative in the British Museum in London and issued a call to invite everyone interested to contribute. With this initiative, we aimed to gain enough examples to train custom machine-learning models on the Google Cloud Platform (GCP) and push the limits of what is possible. It turned out to be an absolute success: in a single night, 10,000 people drew 80,000 glyphs.

To collect the necessary data, Ubisoft built a drawing tool using Firebase, which feeds images into a Firestore Cloud Storage database and uses Cloud Firestore to synch user data. Users can access the tool online using Google Chrome via their Google or Ubisoft account. Using the tool, they can trace individual glyphs.

After Ubisoft assembled a dataset from all crowdsourced signs, they built a tool to associate glyphs with their most probable meaning. Using App Engine, Ubisoft could provide services to support users at multiple stages of translation.

With Cloud AutoML we could provide developers with a user-friendly experience, handling complex processes. Examples of this are data pre-processing, model design, and deployment, as well as delivering quick results using the latest models. Additionally, Cloud AutoML uses AI to optimize your AI: by optimizing data as it gets imported, it predefines optimal parameters or even changes the model type – leading to the best results.

Not only do we at Google Cloud Platform assist gaming businesses with developing games, but we are also eager to collectively use technology to improve the understanding of our history. Interested in how GCP can help your organization build entertainment or gain a deeper understanding of the world? Please do not hesitate to contact us.